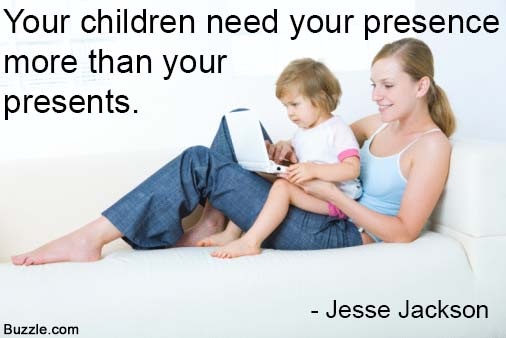 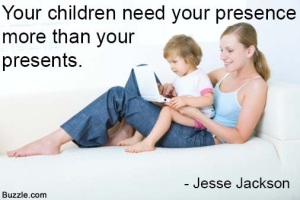 Today while travelling from my hometown to my work town (a semi-urban kind of setting), I met a young family. I would call it a young family, ‘cause it had two toddlers probably 1-1 and half-year old girl (gunnu) and 6-9 months old boy. I’ve been travelling since like 2 years in that train and I don’t like having kinds around my seat or even in that coach as it has become my sleeping time. But today was different, this little girl gunnu was a real charm. She is quite a bubbly girl, cheerful and happy unlike some of the kids who get cranky when not being attended.

A little background about the family (through my observation as I didn’t interact), the guy was in mid 30’s, pot-bellied and obviously employed somewhere and the girl was also in mid 30’s probably a year or two younger to him, a housewife and a FULL TIME mom. I have already described the kids. Now, why did I emphasize full-time, well that is the whole story about.

I was sitting in the middle of the coach, where you have to sit face to face with other people and you have a table in between, the place I hate the most. Well when the journey started all the seats adjacent to me and in front of me were empty and I wished that they stayed that way and I went into deep sleep (as I had only 2 hours sleep last night). I didn’t notice when those seats go filled in, emptied and filled again. Finally, at 8.45am my alarm went off, I checked on the next station and it turned out my train was running 45 mins late. Even though I could sleep a little longer I decided to stay awake as I have realized there was a little chap sitting in front of me.

Normally, in these kinds of circumstances I would avoid getting involved but this little girl had such a charming smile, that I could not resist myself from smiling at her, which she acknowledged. Although, her mother was not quite happy with this gesture of mine. Still, I continued smiling at the girl, and started paying with her and she was quite happy with it. Finally, her mother gave in and smiled at me at last. She said, she (gunnu) is very naughty, and I could see that too. I also saw the mother is struggling with the small baby in her hand and a naughty girl on her side, her daughter. You must be wondering I described a father in the beginning, where was he?

Well , the father was busy giving himself a comfy seat just behind where his family were sitting, he was sitting on someone else’s seat. Now the infant was awake and the mother was unable to handle both the hyperactive kinds, and she cried for help, “ek ko to pakad lo na aap”( to the father). The father, reluctantly after 10 mins got up from the seat and instead of the girl, he went out to get the boy and kept standing in the isle. When asked by the mother to come and sit, he avoided the offer by saying that the girl (gunnu) would be uncomfortable.

The lady was so considerate, that she took her daughter and sat her on the table in front of her so that her husband could have a seat and be comfortable. While, they were sitting there having a conversation, suddenly the husband said in a little high tone
“tumhe kya pata bahar jake kaam karna kaisa hota hai, tumhe to bas ghar baith kar aram karna aata hai”
This sentence really put me off!!

It was the patience of this lady, who took it and kept it to her and just closed her eyes and pretended to sleep.

What is the plight of married women with kids in India? It is these guys, who want a housewife in the first place, ‘cause they can’t bear the thought of women being well off and better earners than them. And when these women finally give up their own lives to adjust to their’s husbands and support and nurture their kids, they have to listen to these kind of comments.

Why can’t for once, guys understand being a mum to two toddlers is full-time job, for which the salary you are earning is even less. Just try one week doing what she does at home, am sure you will understand what she goes through in the day. The institution of marriage is about love and sharing and caring. The job of being a parent is not divided, she didn’t produce those kids on her own and she can’t raise them on her own either. Try to be supportive if you have a 9-5 job she has a 24×7.

To the fathers, even if she could be a GM of some company, she chose to be mother of your kids so that they can become what they want. Respect that. Only respect and understanding can nurture a relationship.

Unauthorized use and/or duplication of this material without express and written permission from this site’s author and/or owner is strictly prohibited.

Excerpts and links may be used, provided that full and clear credit is given to Neha C. and girlwithatripod.com with appropriate and specific direction to the original content.

Something you are looking for?